Would you like to switch to the accessible version of this site?

Don't need the accessible version of this site?

Finn Chiropractic was established in 2007 by Grant D. Finn, D.C. 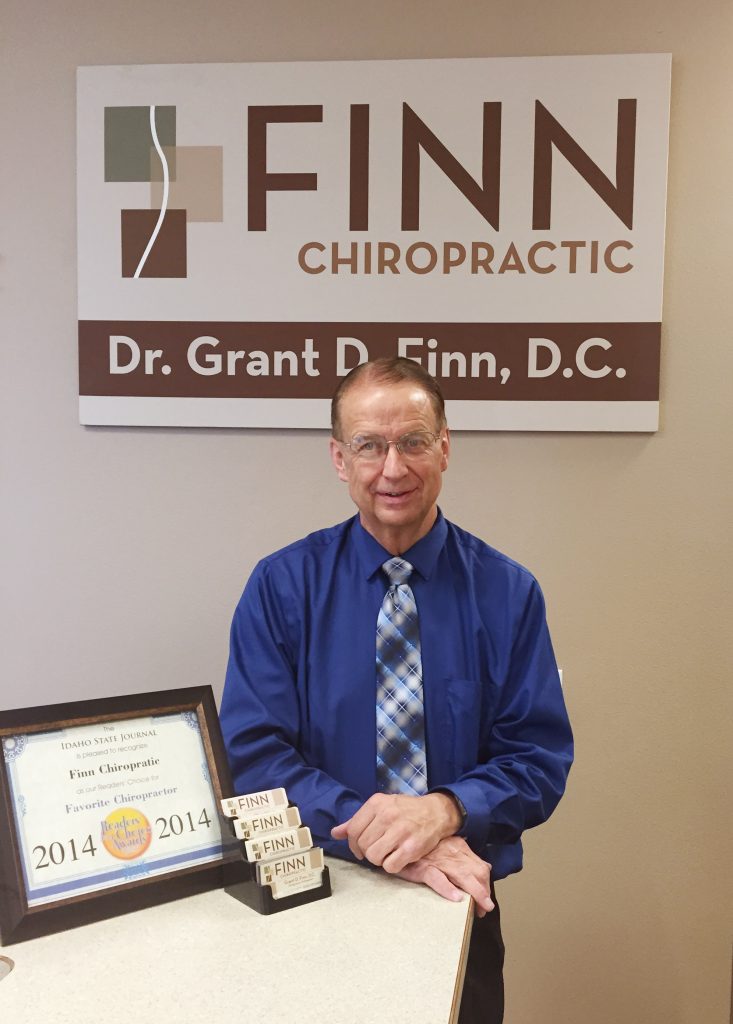 Dr. Grant D. Finn received his Bachelors of Science in Biology from Brigham Young University and then continued his education at the Los Angeles College of Chiropractic graduating on the Dean’s List in 1982. He then successfully completed post graduate courses in chiropractic orthopedics allowing him to become a Certified Chiropractic Orthopedist.

Dr. Finn was the President of Southeast Idaho Association of Chiropractic Physicians in 1988 and is still an avid member. He is a Diplomate of the National Board of Chiropractic Examiners and a Member of Delta Sigma Honorary Scholastic Society of the Healing Arts

Dr. Finn is licensed to practice Chiropractics in Idaho and California and is a member of the American Chiropractic Association (ACA). He has been in private practice for the past 35 years in the Southeast Idaho Region. Dr. Finn has been voted “Best Chiropractor” in the Idaho State Journal Readers Choice Awards for 12 years.

We look forward to hearing from you